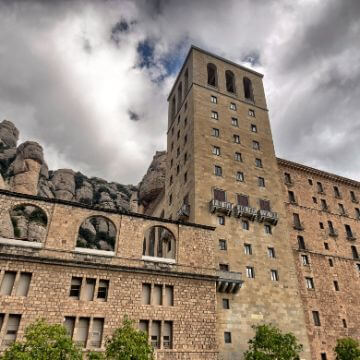 HISTORY OF A MOUNTAIN, MONASTERY AND MADONNA

Montserrat is much more than a monastery. Montserrat is a breathtaking rocky mountain just an hour outside of Barcelona. It’s the name of a Black Madonna that has been worshipped by the Catalans for over 1000 years. It’s the place where sings one of the oldest boys choirs in Europe.  It’s what a Caribean Island is named after. It’s a natural park with. It’s a spiritual center that has been visited by religious leaders such as Saint Ignatius of Loyola, and the Pope Jean Paul II. It’s a historical enclosure that has been destroyed by Napoleon and rebuilt by Antoni Gaudi and his peers. It’s the second most visited pilgrimage center in Spain after Santiago de Compostela.

Very few places in the world have such an enthralling combination of historical events. In today’s post we want to take you on a trip through the centuries discovering the Montserrat Monastery history. Are you ready?

Our story starts 65 million years back in time, during the Secondary Era. The earth looked very different to what we see today. The center of Catalonia (Spain) was a sea, and here ended a huge river that for 30 millions of years carried sediments, pebbles and sand that accumulated on a delta. But the earth was slowly transforming: the continent that was crossed by the river started slowly sinking, and the bottom of the sea started rising. The pressure caused by these two opposite directions forced the materials of the delta to emerge, creating a massive ball of natural cement.

For the next 25 millions years, the action of the rain, wind and ice eroded and cracked this cement – geologically known as conglomerate. And little by little, the jagged forms of the Montserrat Mountain took shape. Either this, or the angels came down from heaven and with their golden saws they serrated a throne for the Virgin Mary, as the legend says. Why would it be called “Serrated Mountain” (Mont – mountain, Serrat – serrated), otherwise?

END_OF_DOCUMENT_TOKEN_TO_BE_REPLACED

María Teresa Hincapié: If This Were a Beginning of Infinity is the first major exhibition dedicated to the… 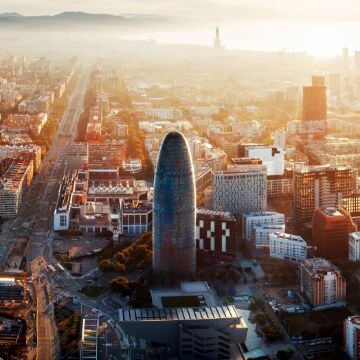